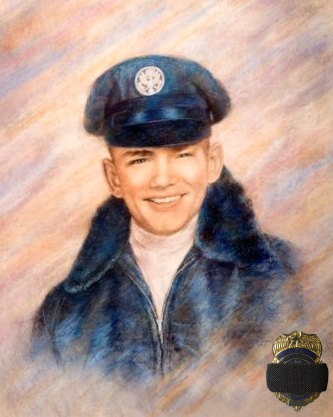 Minnesota, in 1956. He enlisted in the Air Force in 1958. After graduating from Jet Fighter Mechanic School at Amarillo AFB, Texas, Round was assigned to the 85th Fighter Interceptor Squadron at Scott AFB, Illinois.

In 1964, Round was accepted for duty with the Office of Special Investigations (OSI) and graduated from OSI Basic Course 64-F on 4 September 1964. In July 1969 SA Round completed Thai language training and received an assignment to OSI Detachment 5105, U-Tapao Airfield, Thailand. There was an extensive criminal ring operating in Thailand at the time, involving black market activities, narcotics sales, and theft of USAF supplies. SA Round diligently pursued the criminal elements in the area, making several enemies among the ringleaders.

On the evening of 12 September 1970, as SA Round was returning to his housing compound, two Thai nationals riding a motorcycle followed him into his driveway and ordered him out of his vehicle at gunpoint. Upon exiting the vehicle, SA Round was shot twice in the head. Though officials initially suspected robbery as the motive for the killing, a review of his investigative files revealed it was likely a "contract" killing for SA Round's disruption of the criminal network around U-Tapao Airfield.

SA Round was posthumously awarded the Bronze Star medal for his service in Thailand.