In the early 1990s, the Air Force was preparing for a major change including significant manpower cuts.  BG Frank Dillon chartered an AFOSI Reorganization Task Force (RTF) because he believed the best way to deal with a significant force drawdown and to prepare AFOSI for the future was to restructure the command.  The RTF recommended AFOSI be restructured along functional lines corresponding with the MAJCOMs.  A regional restructuring of AFOSI based on alignment with major air force commands (as opposed to geographical considerations) was ultimately approved by the Air Force Chief of Staff and was activated in July 1992.

HQ AFOSI underwent a major relocation that spanned most of 1999, when HQ AFOSI moved from Building 626 at Bolling AFB, DC to Building 1553, Andrews AFB, the former Air Force Systems Command building.  Although the official move took place in January 1999, several AFOSI elements stayed at Building P-3 and Hanger 1 and didn’t move till October 1999 when space was ready for them.  USAF Special Investigations Academy was also located at Andrews AFB, but in a different building.  In 2002, it relocated to the Federal Law Enforcement Training Center in Glynco, GA.

In accordance with the Base Realignment And Closure (BRAC) Commission the new AFOSI Headquarters will share a new building at Quantico with Naval Criminal Investigative Service (NCIS), Army Criminal Investigations Command (CID), Defense Security Service (DSS) and Defense Intelligence Agency (DIA). AFOSI will be located on two floors.  More than 2,500 total people will be moving into the building, of which more than 500 of which will be AFOSI members.

“The new Headquarter is a world-class facility where we all will be proud to plant our command flag,” said Brig. Gen Kevin Jacobsen, AFOSI commander.   The contractor is well on track for 100% completion in late December of this year.  The office set-ups are very professional with ergonomics in mind.  The information technology infrastructure is fully funded and will be state –of-the-art, including having as many as 250 remote access opportunities.

As of September 12, there will be 102 days until AFOSI takes possession of the new building and 230 days before AFOSI starts the move.  The plan is to start moving people in early April 2011 at the rate of 35 to 50 per week. 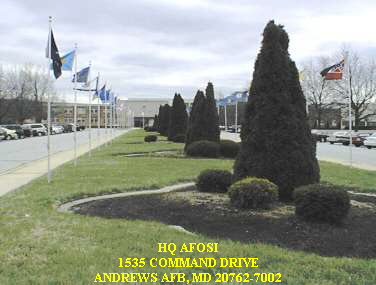 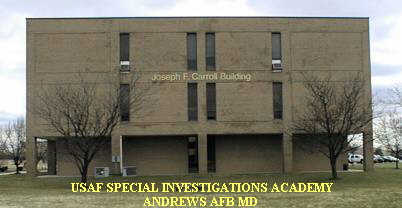