The Directorate of Special Investigations, HQ USAF (the management headquarters for OSI), was established in 1948, initially in The Pentagon.  The Directorate later moved from The Pentagon to a temporary building in McLean Gardens [Newark Street, N.W., Washington, DC] circa 1950 [No photograph of which has yet been located], and then to Tempo E.

OSI subsequently moved to a number of different facilities in Washington, DC [the National Capital Region]. The support headquarters was established at Bolling AFB, DC, and remained there until consolidated with OSI HQ in the early 1950s. The OSI Training School was first located in the National Guard Armory, East Capitol Street, in January 1949, and then in 1950, moved to Tempo Building-U, 12th & Constitution Ave, N.W.  It was redesignated as the USAF Special Investigations School on 1 June 1953, before consolidating with the HQ OSI at Tempo Building-E later that year.  In May 1970, OSI left TEMPO E and moved to the Forrestal Building in Washington, DC on Independence Avenue.  In 1979, AFOSI moved from the Forrestal Building to Building 626 at Bolling AFB, DC.   The USAF Special Investigations School was collocated with AFOSI HQs both while the Headquarters was at the Forrestal Building and while at Bolling AFB.  The USAFSIS was redesignated the USAF Special Investigations Academy on June 23, 1978. 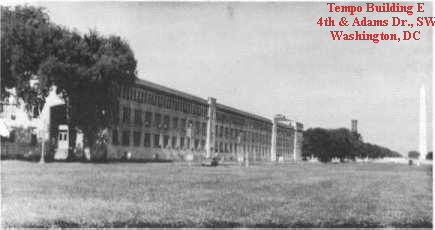 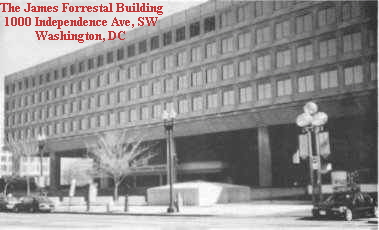 1970's, Constructed for Dept of Defense; current home of Dept of Energy 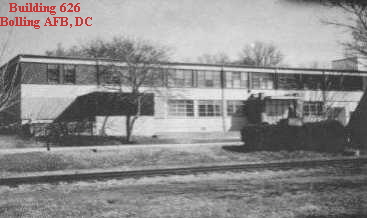